Are you planning to start a business or you want to become an entrepreneur and need motivation for success?

Then, you will need to be focus on all you need to do in your business pursuit.

If you want to achieve success in the project and startups you are engaged in.

Motivation is simply an encouragement, a saying, or an experience that can keep you going forward in the things you want to achieve even in the face of challenges.

It is the reason for acting or behaving in a particular way or a fact used in support of a cause of action.

Motivation is an action that is propelled by the psychological and biological frames of the mind. 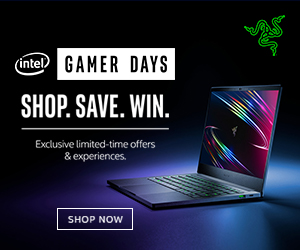 Read this article How To Achieve Success In Life With Nothing and 7 Steps To Easily Become Rich And Successful In Life to get the motivation you need to start a business.

Here are 50 selected motivational quotes an aspiring entrepreneur can relate with.

1. “Don’t limit yourself. Many people limit themselves to what they think they can do. You can go as far as your mind lets you. What you believe, remember, you can achieve.”  –Mary Kay Ash, Mary Kay Cosmetics Founder

2. “Waiting for perfect is never as smart as making progress.”  –Seth Godin, Author

3. “I’ve missed more than 9,000 shots in my career. I’ve lost almost 300 games. 26 times I’ve been trusted to take the game-winning shot and missed. I’ve failed over and over and over again in my life and that is why I succeed.”  –Michael Jordan, NBA Legendary Basketball MVP

4. “Chase the vision, not the money; the money will end up following you.”  –Tony Hsieh, Zappos CEO

5. “The critical ingredient is getting off your butt and doing something. It’s as simple as that. A lot of people have ideas, but few decide to do something about them now. Not tomorrow. Not next week. But today. The true entrepreneur is a doer, not a dreamer.”  –Nolan Bushnell, Entrepreneur

8. “It’s almost always harder to raise capital than you thought it would be, and it always takes longer. So plan for that.”  –Richard Harroch, Venture Capitalist and Author

9. “Don’t worry about failure; you only have to be right once.”  –Drew Houston, Dropbox Co-Founder, and CEO

11. “I skate to where the puck is going to be, not where it has been.”  –Wayne Gretzky, Hockey Star

12. “The secret to successful hiring is this: look for the people who want to change the world.”  –Marc Benioff, Salesforce CEO

14. “Ideas are a commodity. Execution of them is not.”  –Michael Dell, Dell Chairman, and CEO

15. “I knew that if I failed I wouldn’t regret that, but I knew the one thing I might regret is not trying.”  –Jeff Bezos, Amazon Founder, and CEO

16. “User experience is everything. It always has been, but it’s undervalued and underinvested in. If you don’t know user-centered design, study it. Hire people who know it. Obsess over it. Live and breathe it. Get your whole company on board.”  –Evan Williams, Co-Founder, Twitter

17. “If you are not embarrassed by the first version of your product, you’ve launched too late.”  –Reid Hoffman, LinkedIn Co-Founder, and Venture Capitalist

18. “The way to get started is to quit talking and start doing.”  –Walt Disney, Co-Founder, Disney

20. “Life is not always a matter of holding good cards, but sometimes playing a poor hand well.”  –Jack London, Author

21. “Remember to celebrate milestones as you prepare for the road ahead.”  –Nelson Mandela, South African Leader

23. “Don’t be cocky. Don’t be flashy. There’s always someone better than you.”  –Tony Hsieh, Zappos CEO

24. “What do you need to start a business? Three simple things: know your product better than anyone, know your customer, and have a burning desire to succeed.”  –Dave Thomas, Founder, Wendy’s

27. “Act enthusiastic and you will be enthusiastic.” –Dale Carnegie, Author, and Motivational Speaker

28. “You shouldn’t focus on why you can’t do something, which is what most people do. You should focus on why perhaps you can, and be one of the exceptions.”  –Steve Case, AOL Co-Founder, and CEO

30. “You don’t learn to walk by following rules. You learn by doing and falling over.”  –Richard Branson, Virgin Group Founder

31. “Even if you don’t have a perfect idea, to begin with, you can likely adapt.”  –Victoria Ransom, Wildfire Interactive Co-Founder

32. “High expectations are the key to everything.”  –Sam Walton, Walmart Founder

33. “Don’t be afraid to assert yourself, have confidence in your abilities, and don’t let the bastards get you down.”  –Michael Bloomberg, Former Mayor of New York and Founder of Bloomberg L.P.

35. “Your most unhappy customers are your greatest source of learning.”  –Bill Gates, Microsoft Founder, and former CEO

38. “If you’re not a risk-taker, you should get the hell out of business.”  –Ray Kroc, McDonald’s Founder

40. “Always treat your employees exactly as you want them to treat your best customers.”  –Stephen R. Covey, Author

41. “When you find an idea that you just can’t stop thinking about, that’s probably a good one to pursue.”  –Josh James, Omniture CEO and Co-Founder

42. “If you just work on stuff that you like and you’re passionate about, you don’t have to have a master plan with how things will play out.”  –Mark Zuckerberg, Facebook Founder, and CEO

43. “In between goals is a thing called life, that has to be lived and enjoyed.”  –Sid Caesar, Entertainer

45. “Every worthwhile accomplishment, big or little, has its stages of drudgery and triumph: a beginning, a struggle, and a victory.”  –Mahatma Gandhi, Political and Spiritual Leader

46. “One can get anything if he is willing to help enough others get what they want.”  –Zig Ziglar, Motivational Speaker, and Author

48. “I’m convinced that about half of what separates the successful entrepreneurs from the non-successful ones is pure perseverance.”  –Steve Jobs, Co-Founder, and CEO, Apple

50. “If you’re passionate about something and you work hard, then I think you will be successful.”  –Pierre Omidyar, eBay Founder, and Chairman 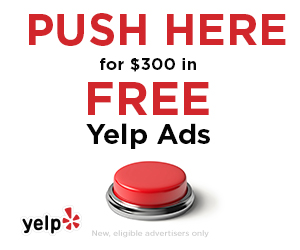 I may be compensated at no cost to you if you decide to use any of the links.

Therefore feel free to explore the products and services promoted on this post.

I only promote products and services of value.

Any cookies that may not be particularly necessary for the website to function and is used specifically to collect user personal data via analytics, ads, other embedded contents are termed as non-necessary cookies. It is mandatory to procure user consent prior to running these cookies on your website.